Peter Airey, Managing Director of Airey Taylor Consulting, has been awarded the title of Member of the Order of Australia (AM) for Engineering and services to the professional community in the 2022 Australia Day Honours list. He is one of only four Engineers nationally celebrated at this level this year.

The Award is a celebration of his service as a practicing Engineer for over 50 years who has had a particular impact to the built environment of Western Australia and professional standards nationwide. As well as his continued professional practice, he is currently serving on Engineers Australia (WA)’s Cyclone Seroja taskforce and as a consultant for the national Code rewrite of AS4678 (Deep Foundations).

Peter is grateful for his colleagues past and present (especially his partner for the majority of his working life, John Taylor) that have helped with all of his career achievements. He says that he is particularly proud when he observes Engineers in Senior and industry leading positions that he has helped mentor at earlier stages of their careers.

Peter hopes his achievement will help raise the profile the impact of the Engineering profession for the wider community. Peter is seen with John Taylor on the further left; past Governor of Western Australia Ken Michaels AC on his left; current Governor of Western Australia the Hon Kim Beazley AC on his right; and Peter’s wife the Hon Diane Airey on the furthest right at the investiture ceremony on the 5th of April. 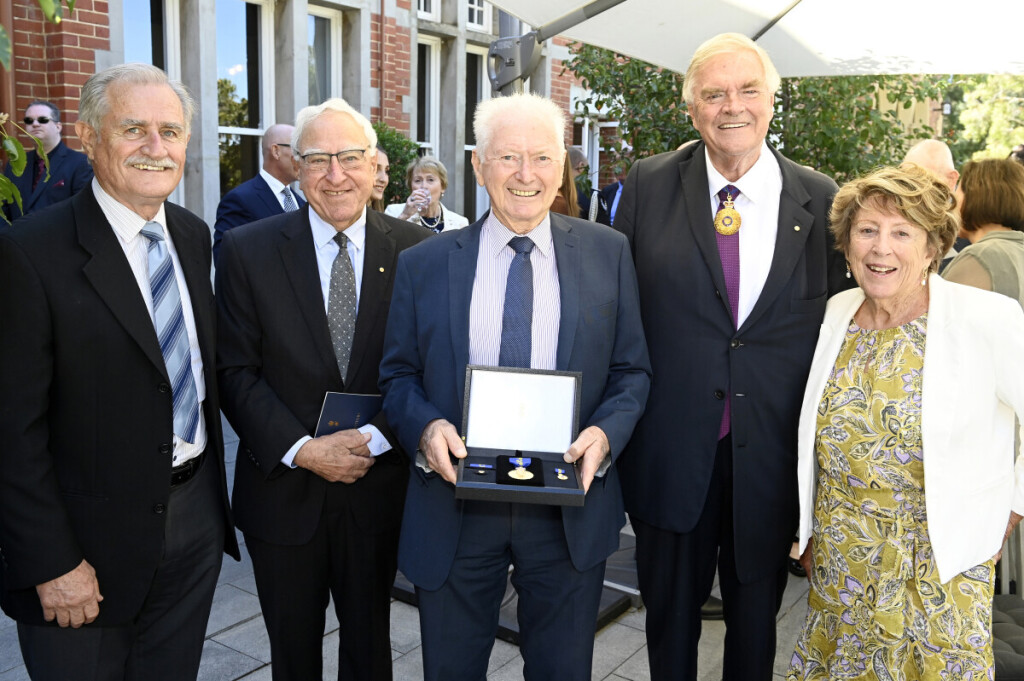