The newly installed Numbat and Frilled Neck Lizard sculptures at Mends Street in South Perth form an eye-catching entrance to the area and the lively core of the City of South Perth’s Connect South place activation project.  The City of South Perth entered into a funding agreement with Dept Infrastructure, Regional Development and Cities for this project.

On the river side of Mends Street, these “canopies” (named for their sheltering function) form a new destination space along the foreshore and are visible from across the river at Elizabeth Quay. They are intended by Architects Iredale Pedersen Hook to create a new urban heart for South Perth and honour the efforts of the nearby Perth Zoo in preserving these uniquely Australia animals – both within the Zoo and in its pioneering “breed and release” programs.

The original project was envisaged in structural steel, with folding of the plates akin with a work of origami. It was intended that these folds would increase structural strength as is achieved with paper. The creation of this intent would have required intensive labour costs due to the number of folding points and welds required. The decision was made to use 8mm plates of aluminium instead. As corrosion is also a key consideration of the environment of the windy and wet Swan River foreshore (with structures subject to wind, moisture, and salt/chloride ingress), the selection of aluminium also minimised the requirement for maintenance.

Designing with aluminium itself posed its own challenges, as use of the material is uncommon in Western Australia. Airey Taylor Consulting were approached by builders Denmac in February 2019 for the requisite Structural Engineering knowledge to ensure structural integrity using the medium.

Time constraints were a consideration, as the modelling was required to be completed within a few weeks. As unique bespoke structures, each co-ordinate of the sculptures had to be manually input into SpaceGASS, the structural modelling software used by Airey Taylor Consulting to calculate the stresses involved. Each aluminium member was then modelled for wind and other pressures –the Numbat modelled with 83 nodal coordinates and the Frilled Neck Lizard with 84.

Using careful modelling and structural design, the canopies are rated to resist windloads of up to 45 metres per second, regional wind speed only encountered every 500 years in Perth.

Following final structural check of the shop drawings completed by Denmac, the Numbat sculpture was able to be installed with a 10mm tolerance, a fine testament to the accuracy and detail of both design and build teams involved. Placement of the Frilled Neck Lizard followed in two stages – the body first, followed by the head. Similar tolerances were achieved.

The sculptures join other projects on the Swan River that Airey Taylor Consulting has delivered for maximum durability : the 75 year rated Majestic Point Pier at Applecross that pioneered the use of Glass Fibre Reinforced Polymers as concrete reinforcement, and the 2019 Master Builder’s Association Best Civil Engineering project ($1.5-$5 million) winner, the Christ Church Boat Ramp redevelopment, that also won the coveted Best Construction on a Challenging Site Award.

Director John Taylor also continues his speciality of creation of unique artistic civic structures that become core parts of our communities’ meeting places, such as the Whale Tale Sculpture in Esperance and the Sandra Donovan Sound Shell in Manjimup. 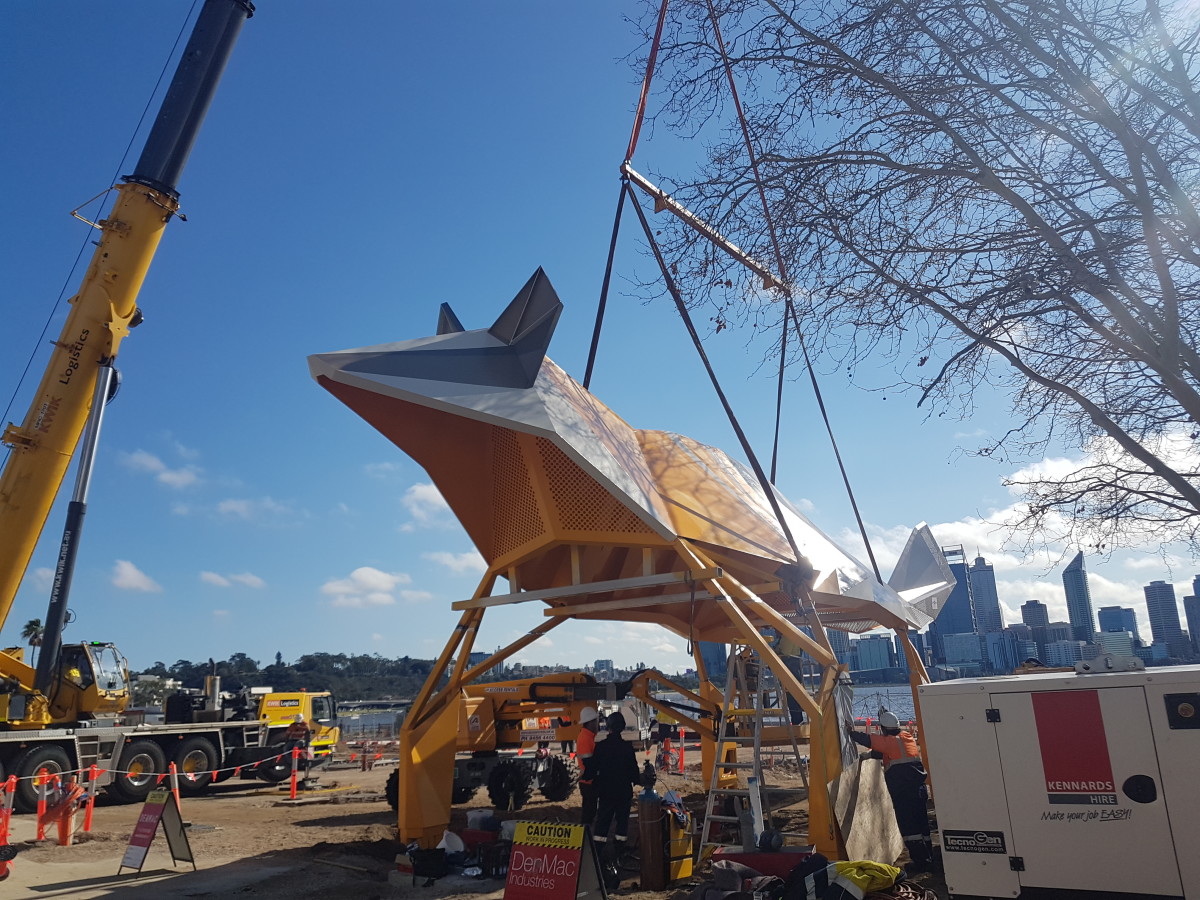 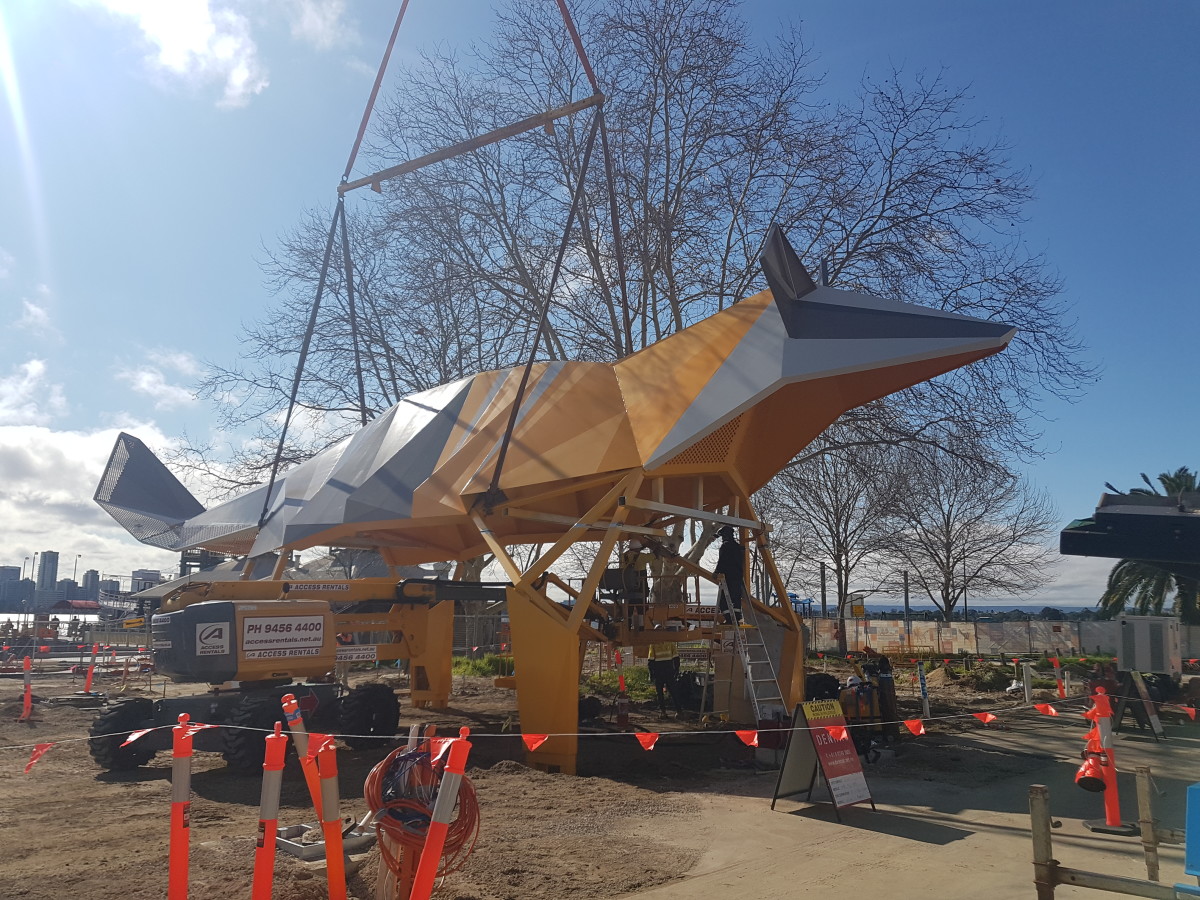 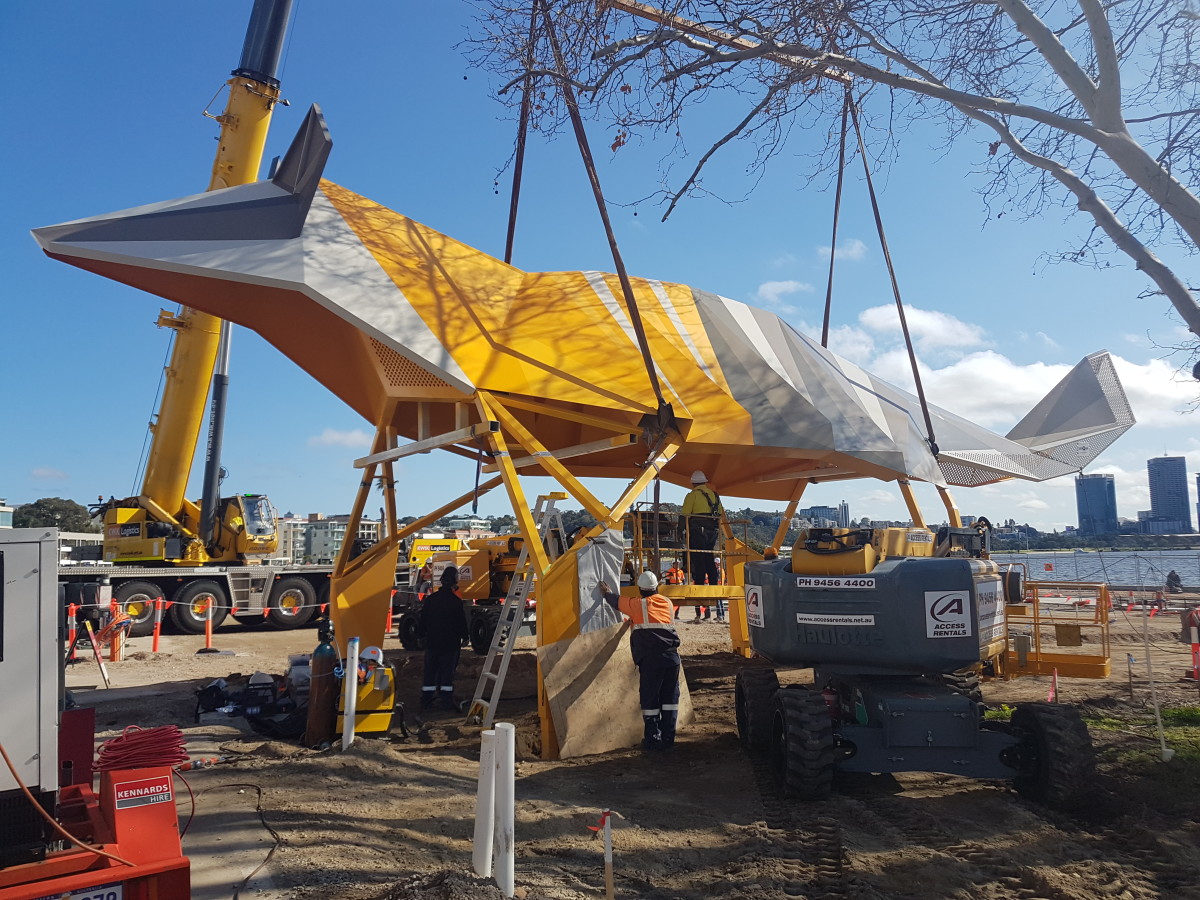 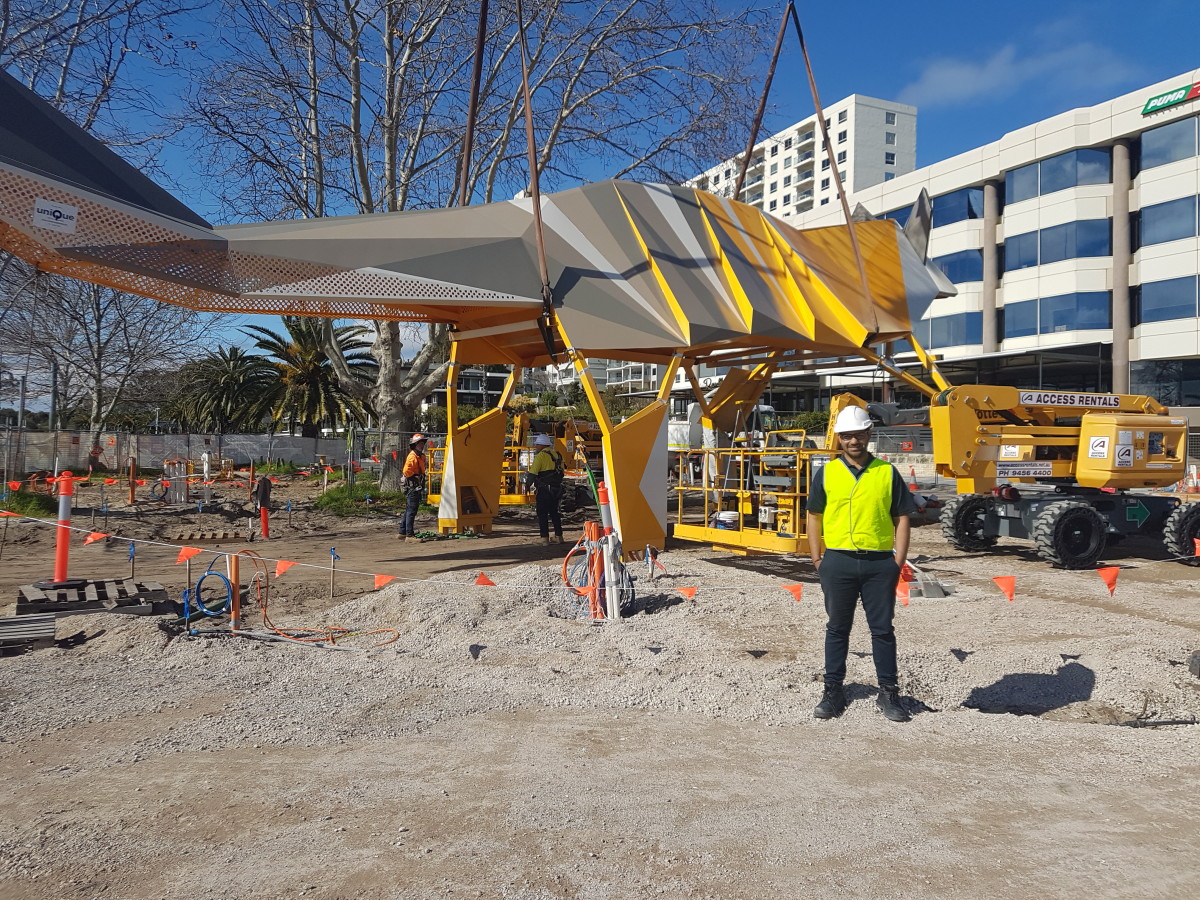 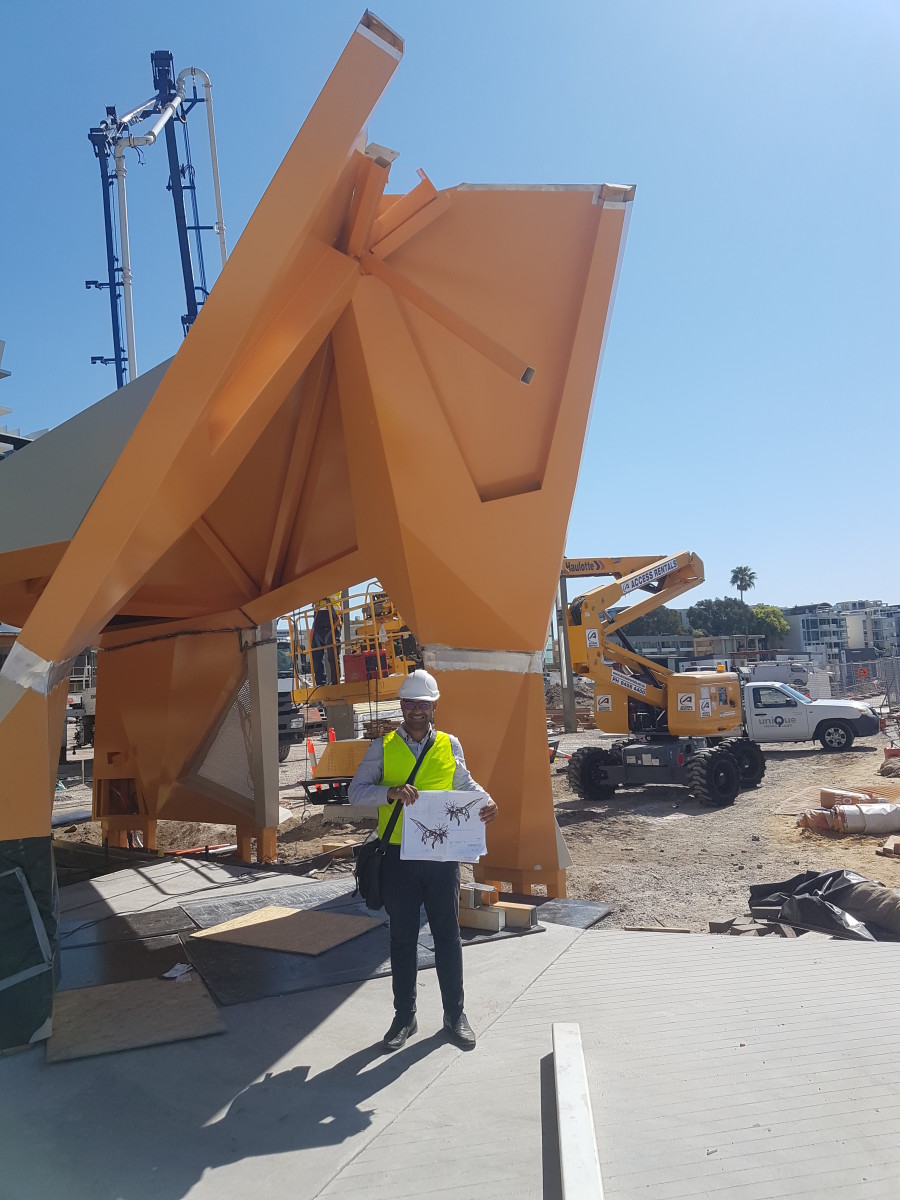 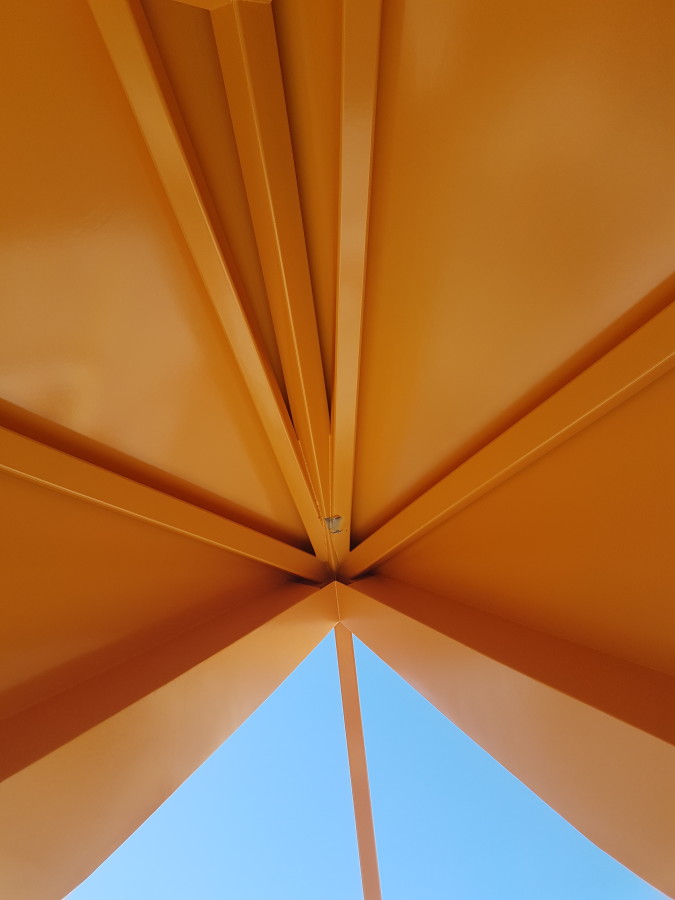 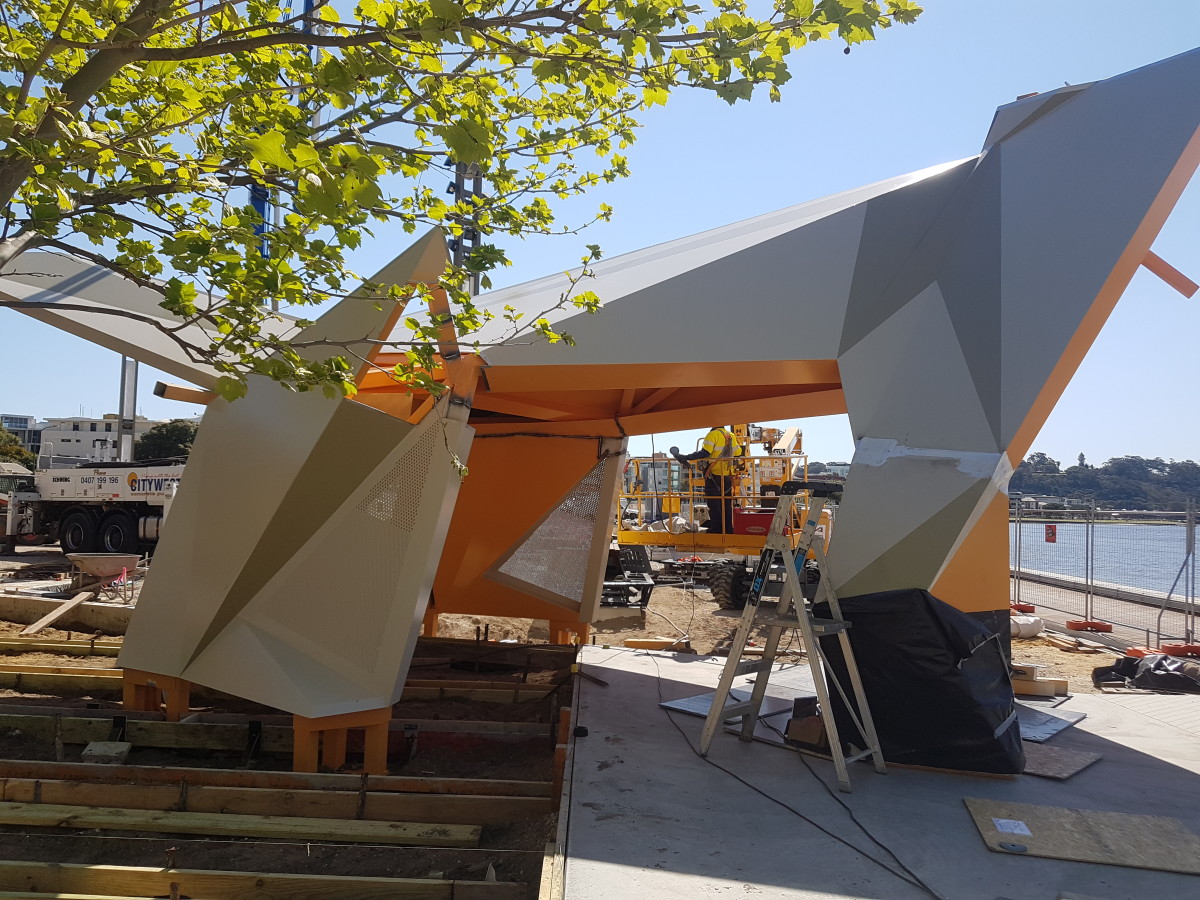 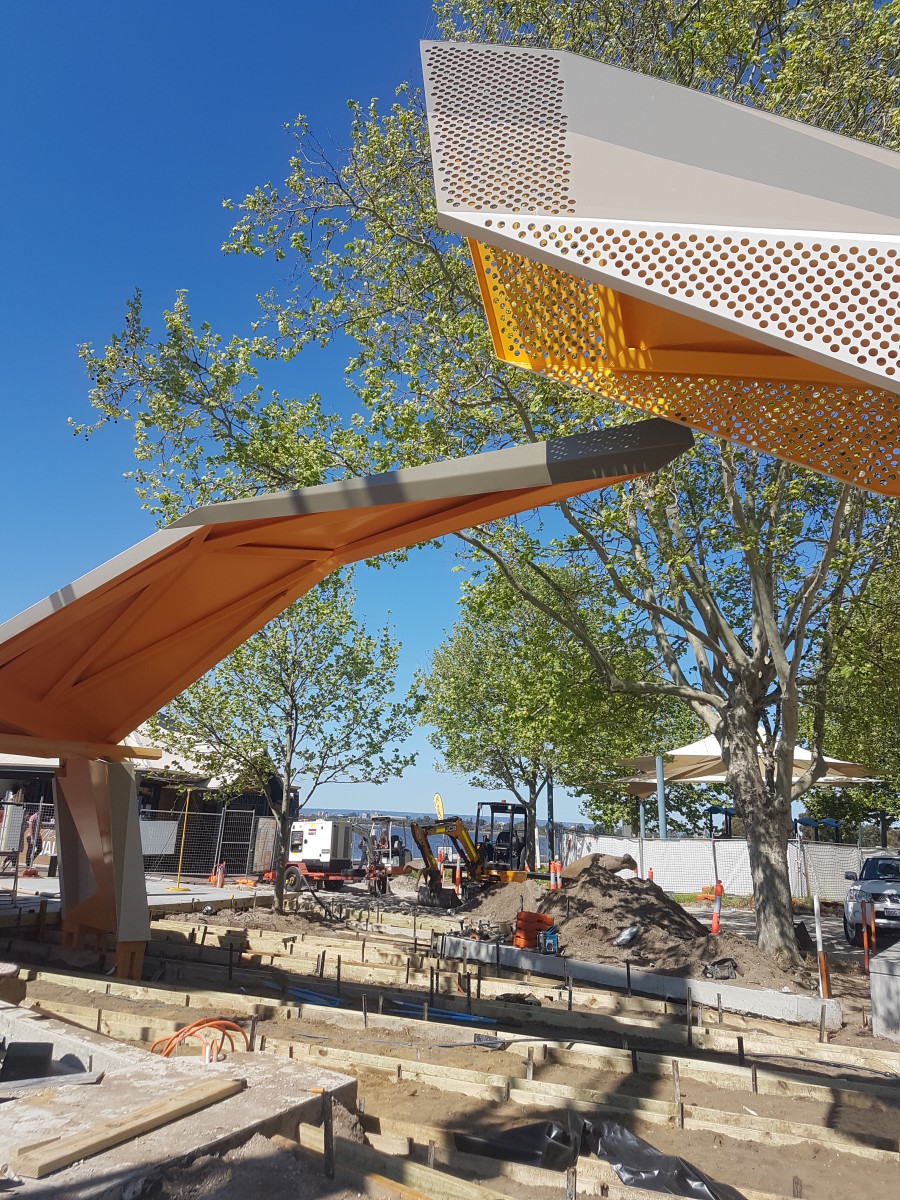 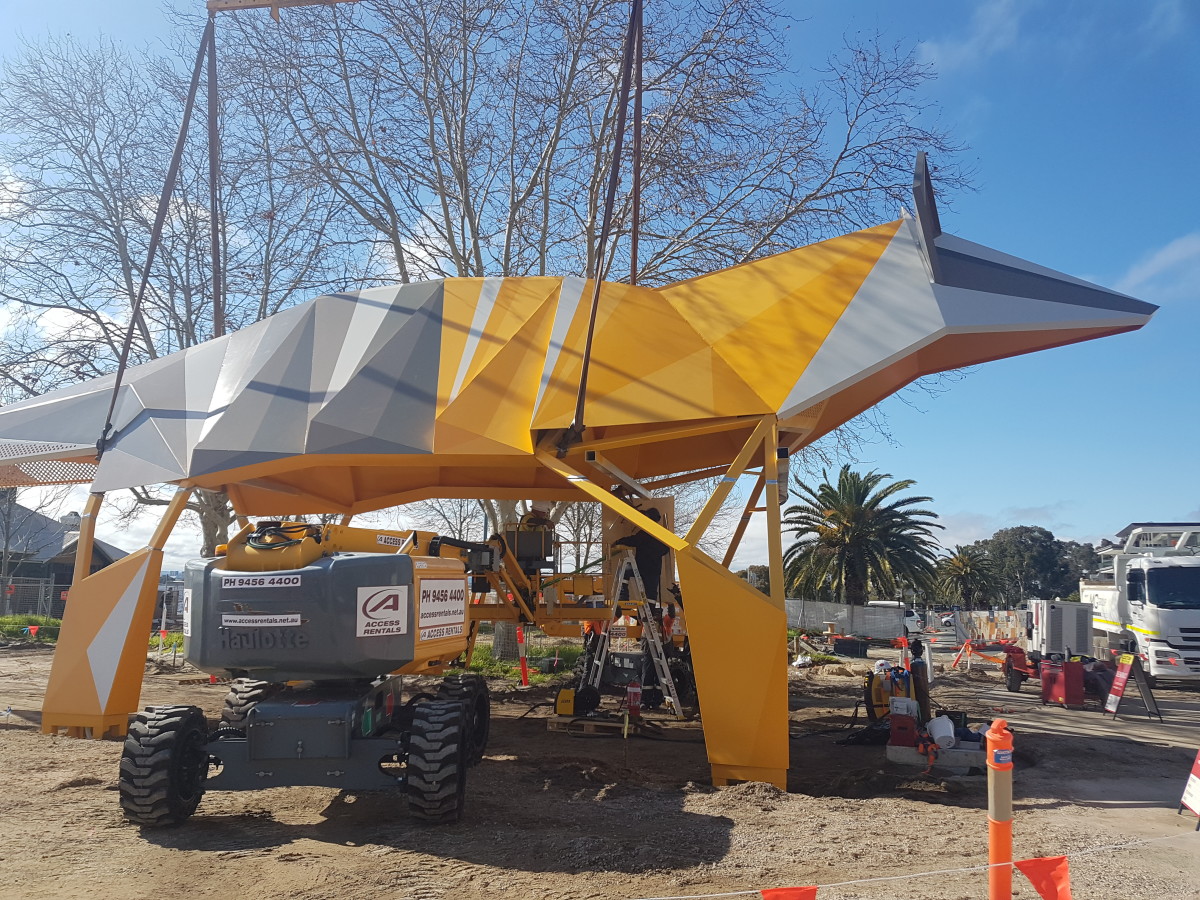 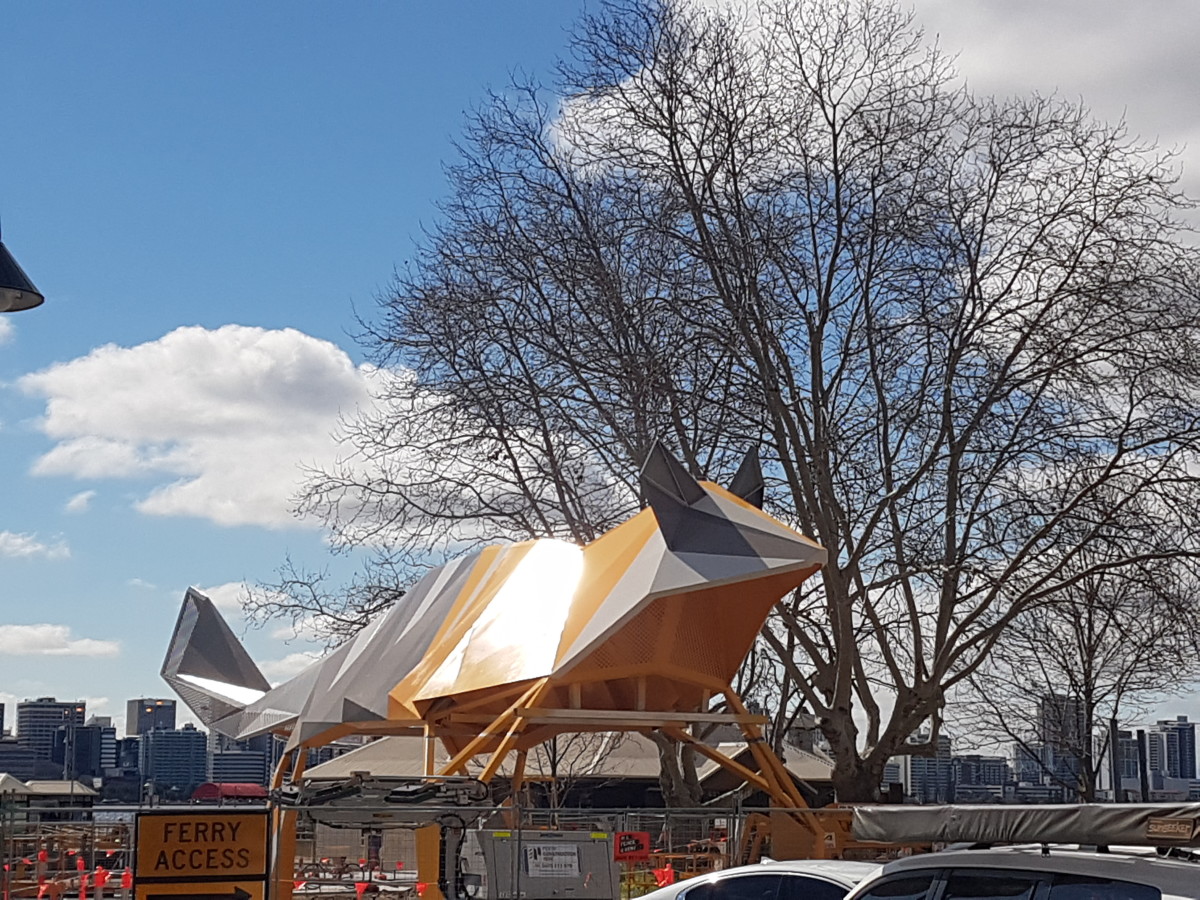 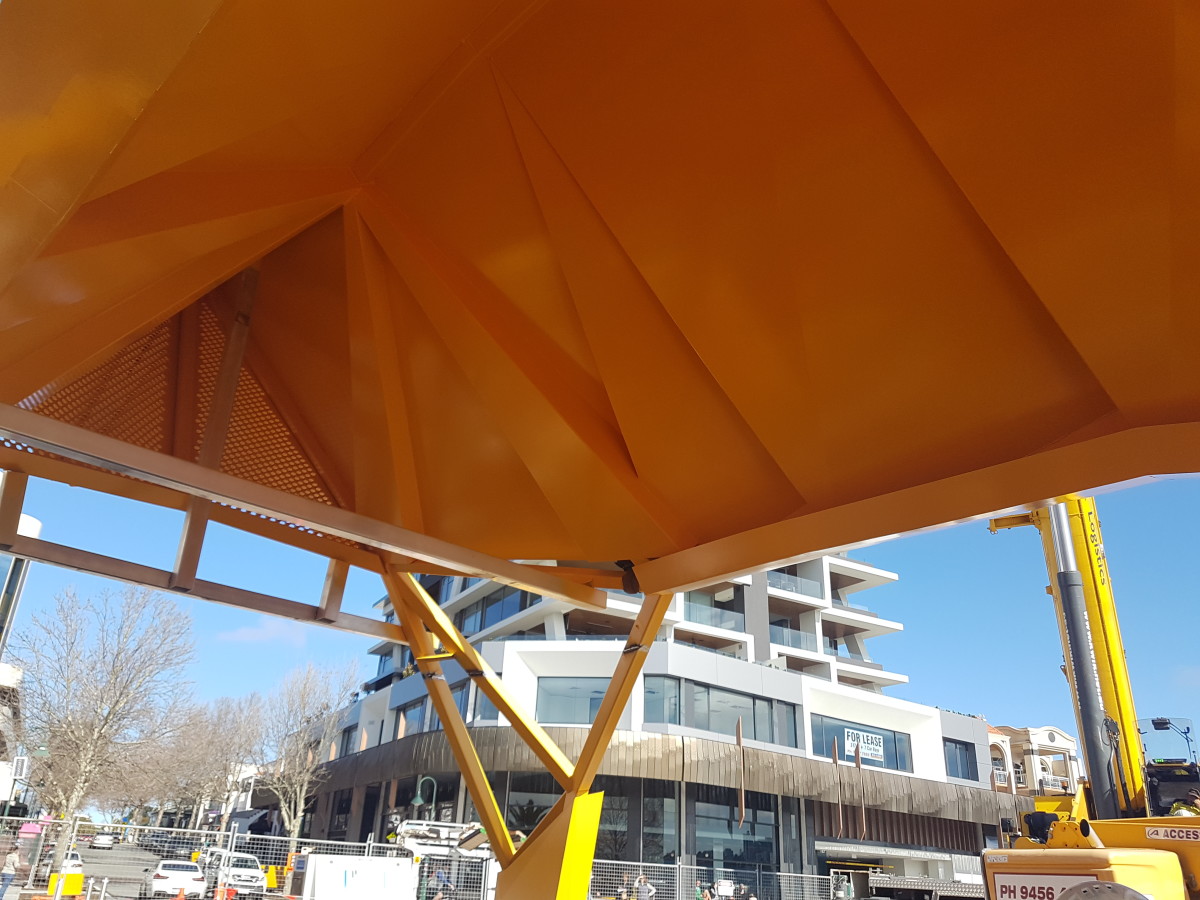 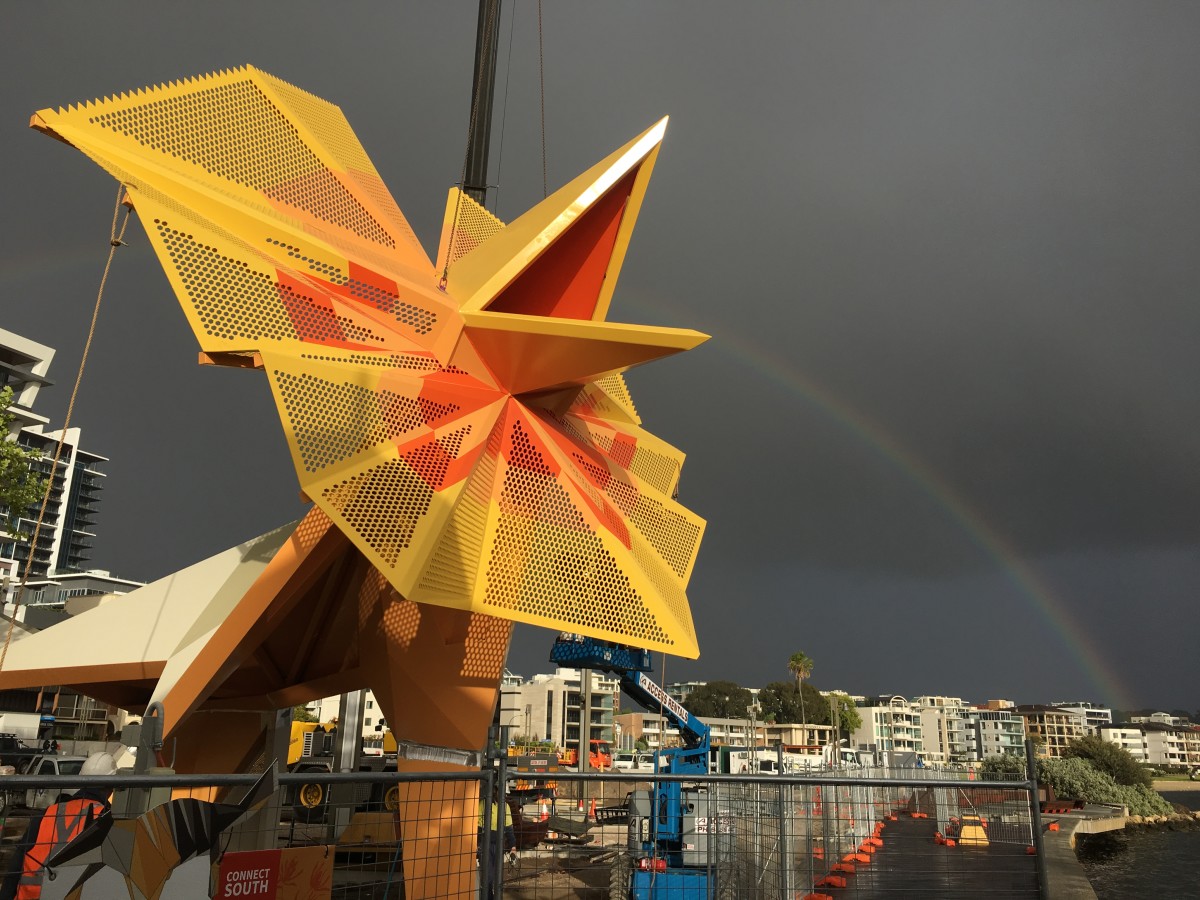 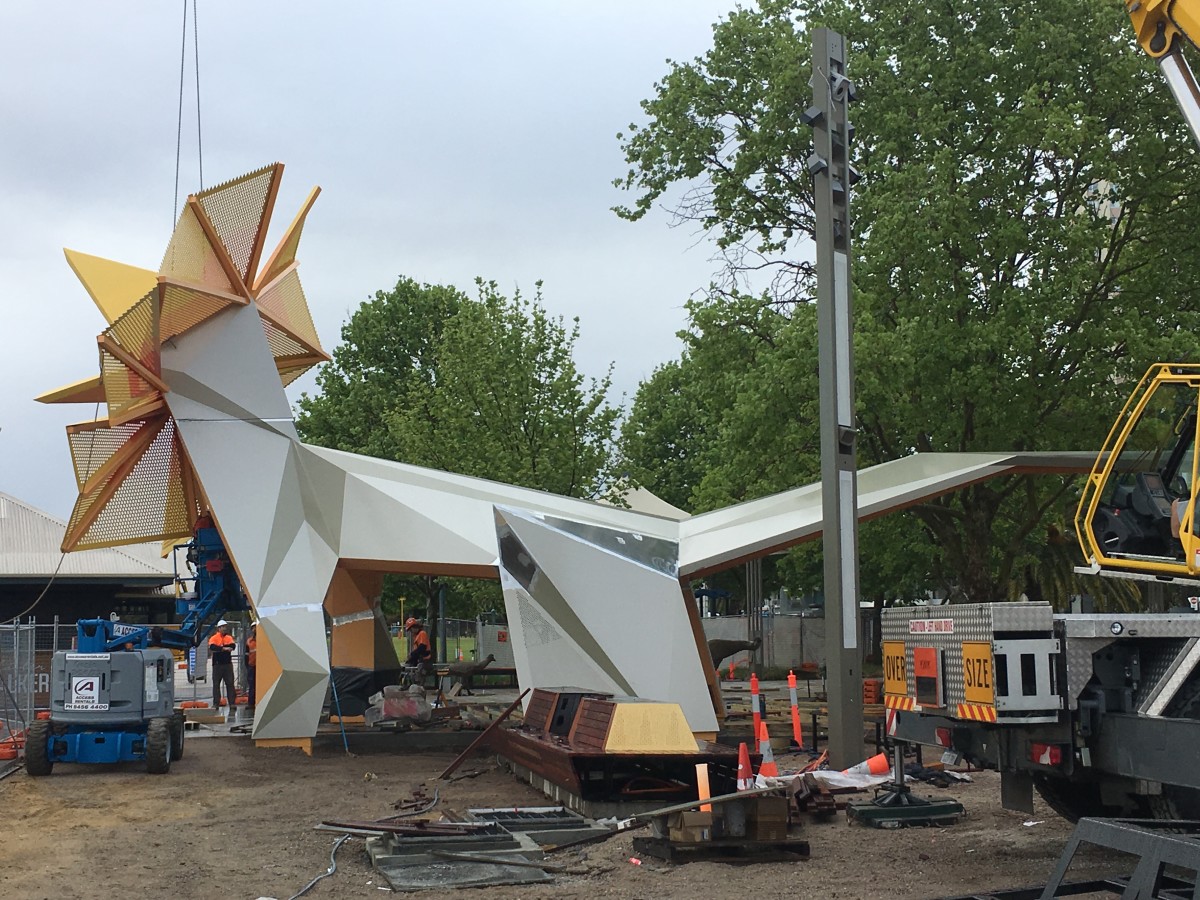