Airey Taylor Consulting provided the professional services required for disciplines of geotechnical, civil, structural and façade engineering for Stage 2 of the Central TAFE building in Northbridge. The rear section of the new building lies over the Graham Farmer Freeway Tunnel and the structural and civil design took into account restrictions imposed by the Metropolitan Redevelopment Authority of WA and East Perth Redevelopment Authority.

The four level building was designed to include the Student Services Facility, Library and Education and Community Services.  The entrance theme, being the “Social Heart” gives easy access to all areas of the building’s classrooms and lecture theatres.

Savings in the vicinity of $800,000 were achieved on concept design due to Airey Taylor’s intimate knowledge of Western Australian specific construction cost implications to design. Responsive, leading edge design outcomes were used to best effect to reduce costs to the client, while avant-garde architectural considerations such as sunlight surface reflection for optimum illumination without using electric lighting were incorporated.

The large footprint suspended floor slabs have been designed using post-tensioned concrete to achieve a cost effective solution for the project.  Another advantage of the adoption of a post-tensioned concrete floor slab is that it accommodates large library loading restricting slab deflections to minimum levels and providing large open spaces for the area occupied beneath the suspended slab. 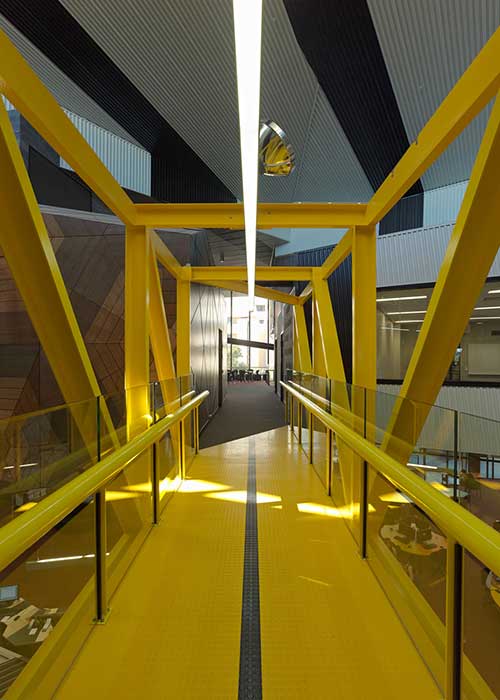 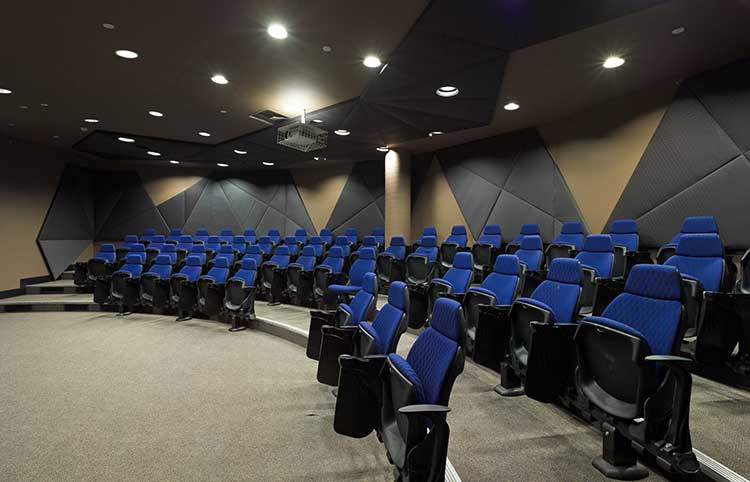 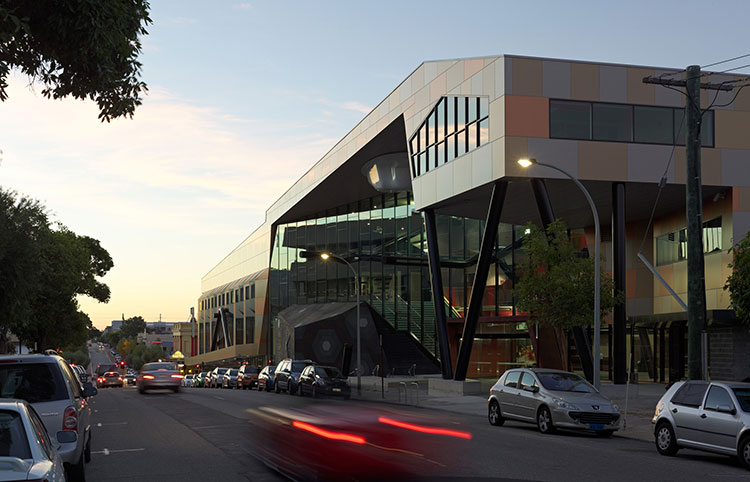